RightStuf is a stalwart standard of Japanese media, focused on cartoons and comic books. While they offer a default discount on most products via a membership, they frequently feature sales based on the production company. Currently, they are running a sale on Dark Horse products. Here are my recommendations for the sale, helping you navigating the discounts for what’s worth your money.

For all deals, RightStuf offers free economy shipping to the US for $49 (and for Canada at $249). While the products are already discounted from their MSRP, adding the promo code DH2016 will increase the sale price. For the purposes of this article, all prices will include the promo code. 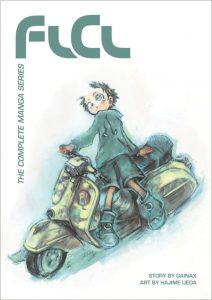 If you’re a fan of the animated series FLCL (two new seasons coming to Toonami!), you owe it to yourself to read the comic book. The manga series keeps the general concepts down, dials down the insane amount of jokes, and increases the sketchiness of the artwork. It’s a dense but quick read, and  it’s a unique conceptual take on Naota and Haruko. This version lets the viewer focus on the actual story, removing the elements of the series’ strong soundtrack and animation. 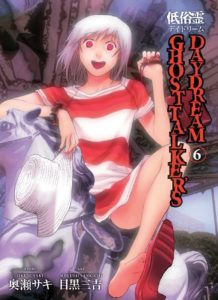 If you give the series a chance, though, you’ve got a story about ghosts, possessions, and hauntings; these are three things I dismiss on a regular basis, but loved intensely in this series. Add in a charismatic lead that fully acknowledges her faults, laughs about her problems (a major plot point of the series is trying to make the hardwood floor match the drapes, if you catch the joke), and can go from laughable to serious at the drop of a hat.

Hopefully, increased sales could get Dark Horse to continue the series, even if digitally. 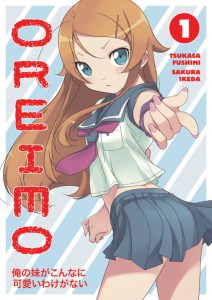 Once again, this is much like Ghost Talker’s Daydream in that it has to be recommended with a few caveats against the concept. Not having seen the animated series, the franchise has a significant stigma attached to it in the world of Japanese comic books; it’s one of those stories where the little girl not just learns to appreciate her big brother, but actually falls in love… and the story, which can take many paths (having had visual novel iterations) may end up with the older brother marrying the sister.

That’s not what happens in these four volumes, and instead, you have a story that’s all about acceptance. While the male, Kyosuke, is a forgettable cipher for the readers to inhabit, the younger sister character of Kirino is an engaging lead. It would be easy and forgivable to compare the character to the Asuka (Evangelion) character-type, where the fiery redhead is prone to anger but actually respects the male lead), but she’s a realistic teenager who doesn’t know her place in the world. She has her fandom into, well, erotic visual novels, that she cannot find any others to connect to regarding; her father disparages it and her involvement with it, but the brother stands up, even if he doesn’t understand it. If you’ve ever actually felt a bit out of touch with your surroundings, Oreimo might actually be the story to connect you to a larger world. 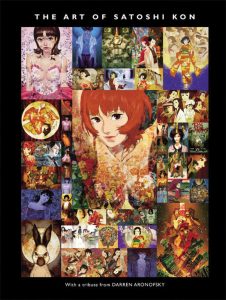 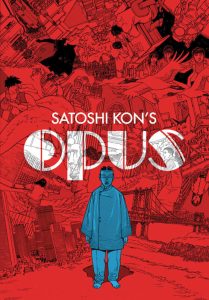 I hesitate to ever recommend something without having read it, but anything by Satoshi Kon should be an instant purchase for your collection. A life lost way too soon, his body of work is astounding. Everything from writer and artist to animator and director, his career has such highlights as Perfect Blue, Paprika, Millennium Actress, Tokyo Godfathers, and Paranoia Agent, all requisite viewing for fans of Japanese cinema and television.

Opus is his incomplete comic series from the mid-90s, and the hardcover art book collects his immediately-recognizable style from his various works. 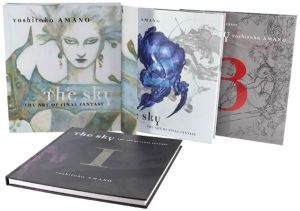 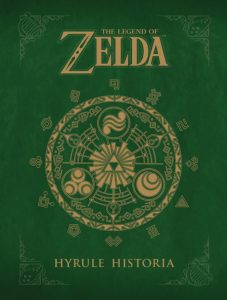 Once again, I have not completed these works, but it’s only for the fact that they are so incredibly dense, any fan of either The Legend of Zelda or Final Fantasy could spend days pouring through these and not complete either. Yoshitaka Amana’s work on Final Fantasy would make anyone interested in the franchise that they might not be (I have never actually finished one title in the franchise), and Hyrule Historia brings up every sort of legend and secret of the Hero of Light that you could have ever asked for.