All 12 episodes streaming on Crunchyroll 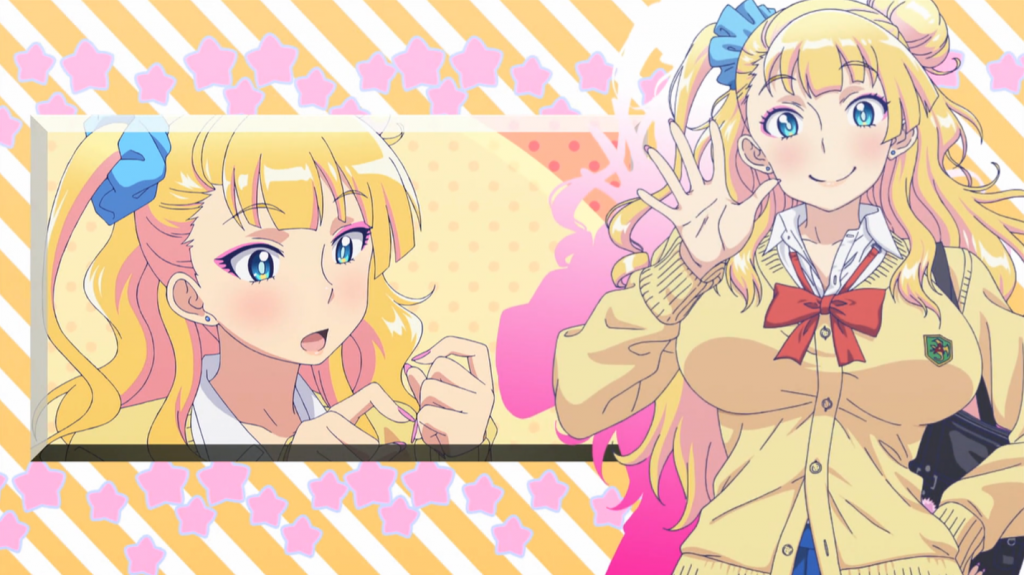 Is it true that women who aren’t virgins wear colored panties?

If that sentence didn’t throw you off, you’re braced for the stories inherent to Please Tell Me! Galko-chan, you’re ready to watch the series. Over the spread of 12 seven-minute episodes, Galko and her friends Ojou and Otako cover all the questions that teenagers have about the world. No, they don’t wonder why the sky is blue or how to get into a good college, but they wonder how large Galko’s nipples are, or if bigger breasts float in water. Each episode’s about three short stories that loosely connect, and the whole series can be watched in less time than an average movie. It’s all streaming on Crunchyroll, but is it worth your time? 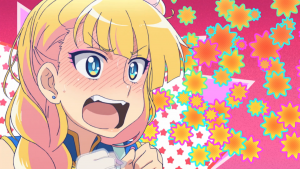 Please Tell Me! Galko-chan is one of the recent swaths of Japanese cartoon shows that thrive on streaming services. Any release of the series on disc would be a quick one-disc that wouldn’t be able to optimize the space; at 12 seven-minute episodes, you’re barely hitting 90-minutes. This isn’t a show that would survive on broadcast television; while the content and humor actually wouldn’t be too off from something Adult Swim could theoretically air as an experiment, it’s still an odd timeframe. On streaming, though, you can knock out an episode or two while eating lunch.

The storylines, thankfully, work out for this length; it couldn’t survive a longer timeslot without coming up with greater storylines. Beyond a few moments, there’s very little continuity. The final episode’s the origin story, for example, and the basis of some character notes are established in one episode to be followed up, but that’s about it. 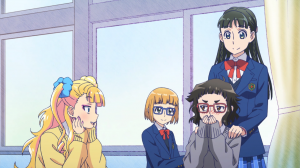 What sort of plots does the show cover? Each episode largely starts off with a pitched question that, honestly, real teenagers would have. It’s stuff like “can people who have fake tans have pink nipples” or “can you breast-feed if you have inverted nipples?”

Actually, a lot of questions go back to Galko’s chest size, and a lot of the easy humor comes from her being flustered at questions of such a nature.

The biggest humor, and the actual heart of the series, comes from the fact that Galko’s not particularly, well, what she looks like. She may be a busty girl who dresses like what people considered to be provocative, and yet, she’s particularly shy and reserved. If she wear’s a man’s dress shirt (buttons on the opposite side), the class gossips and mutters about how she was probably sleeping over at some guy’s house last night, when in reality, her broad shoulders don’t exactly make it easy for her to find shirt sizes that work. When Otako, a constant enjoyer of watching Galko fumble and stumble, both guesses that Galko has inverted nipples and states (incorrectly, to her own cognizance) than someone with such an affectation could not have children, Galko storms out of class crying… and doesn’t come back for a few days. Otako feels horrible about the situation, but we’ve all been in her position: we’ve poked and prodded a friend on a sensitive subject to get their goat, but pushed it one step too far and had to make reparations.

Galko’s the star of the show and the focus of much the discussion inherent, but Otako is a competent “straight man” to her easily-flustered nature. A book nerd who’s got a body fourth-graders fight over (and they do, much to her consternation at the water park), she knows much of the answers that the other characters ask. She doesn’t get to feature as much as a character as Galko, but it’s not her name in the title. Ojou, at the same, is less important to the plot, and is actually more oblivious than Galko and ancillary than Otako. In fact, her appearance in the origin episode boils down to only a few seconds that equate to “oh, yes, you’re here, and we’ll call you ‘Ojou.'” She’s not needed, but the show would lose a bit of balance if the (as the intro declares) airhead wasn’t there. 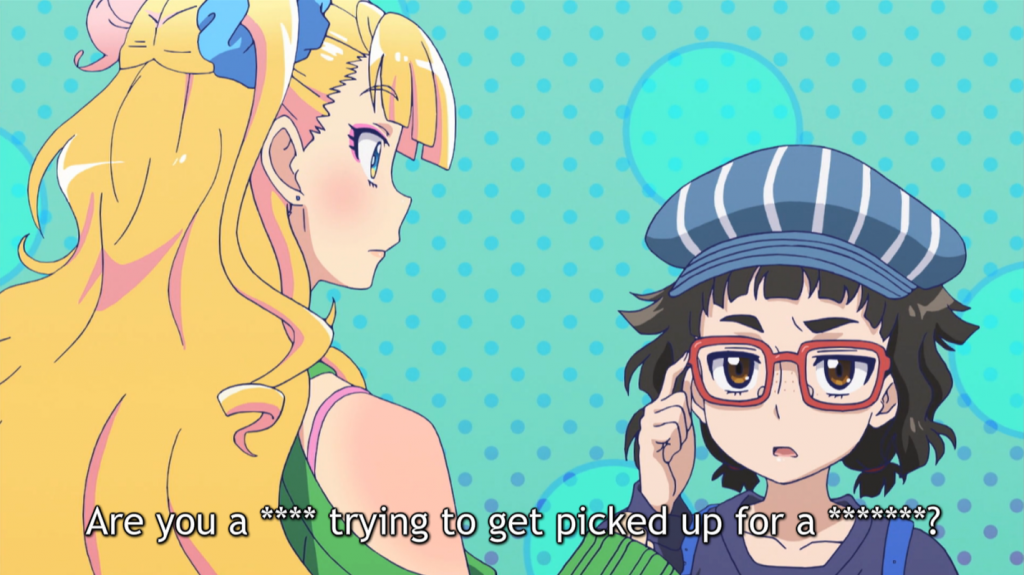 For the rest of the cast, all have an interesting moment or two balanced out over the series, but rarely get any focus. Each episode of the show gives quick descriptions of Galko, Otako, and Ojou, but one focuses on the guys, while another focuses on the girls in the background. While their names are forgettable, two characters particularly stand out; a tall classmate is apparently a part-time rocker that can enjoy discussions about death metal, and the more overweight character that actually is the fastest and most technically-proficient runner, alongside being a fast swimmer (by her own admission, “fat floats”) and a star Futsal player.

Don’t worry; I had to look it up myself.

The show, thankfully, actually never goes too far off in anything overtly-sexual. The script may talk the talk (be prepared for frequent discussions about breast sizes, underwear color, and teenage sexuality), but only a handful of shots over the course of the series actually show anything that could be construed as titillating, and most of the time, it’s a dream sequence imagining what could be, not what really is. 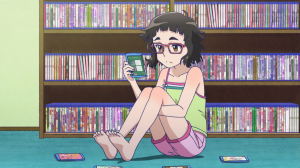 The main trio of the girls have names that are largely nonsensical to native English speakers, but add a whole different layer of humor to the Japanese audience. The three names (Galko, Otako, Ojou), if adapted instead of straight-copied, could be something like “Barbie, Specs, and Miss Priss.” The last episode of the series explains where these nicknames for one another came from, but it’s a bit more evident early on for the Japanese audience. “Galko” is effectively “Gyaru Girl,” a name that describes her gyaru look. Gyaru, to rough it out, is effectively dressing like the stereotypical bleach blonde bimbo, with vaguely revealing fashion, none-to-subtle makeup, and decent tans. Otako is basically “Nerd Girl,” although it doesn’t immediately mean a dependence on cartoons and comic books. Finally, “Ojou” vaguely intends “Young Lady,” and the character is heavily about (even if she’s unaware of it) a rich person’s background; she’s got a nice huge house, has rode horses multiple times in her life, and doesn’t realize that she lives a privileged life.

Watching the series on Crunchyroll quickly became a highlight of my lunch and dinner entertainment. The three volume comic source material will be brought to America via Seven Seas, and is anxiously awaited, but if you have a Crunchyroll subscription, you owe it to yourself. Galko-chan, like herself, can talk about laughable things, be a bit stupid every once in a while, but has a bigger heart than you would ever expect.