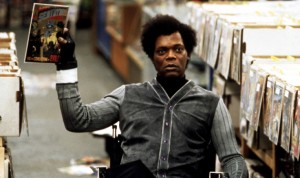 If you have to do a substantial amount of bagging and boarding (supremely negligent in catching up, redoing a whole ton of acquired comics, so forth), you might be able to score a bulk deal at your local comic shop for 1000 bags and 1000 boards. I’ve done this in the past, and if you have a good comic shop, they’ll likely work out a discount. If it’s like when I did it, you’ll get a case of the bags (as they would ship) and a large box of boards, not designed for sale. This is the same case we got for packaging at work, so they’re just moving the internal product off to you.

Depending on the board company you go with, it may say “coated one side” or “coated both sides,” or it might not say anything at all. The BCW boards I link to here are “coated one side.” What does this mean?

Boards are really just precisely cut thick cardstock, but you can feel (and you’ll have to, unless you have a really good eye) to find out which side is “coated” and which is not. The coated side will be slicker and glossier, while the un-coated side will be flat, matte, and not as slick. The important concept is the have the coated side be the one in contact with the book.

Why is it important?

I’m honestly not sure. There’s a chemical reason somewhere, but I’ve always assumed that the coated side wouldn’t take on any of the ink or moisture from the back cover that it will be pressed against for years.

Bagging and boarding is an easy, if time-consuming, process. Ask any comic book store employee and they may tell you that preparing bags & boards is a good way to kill time if there’s no other task to do, especially in advance of moving stock off “The Wall” and preparing it for back-issue bins. Simply take a bag with the opening upright (and the extended flap as the “front”), slide a board in with the coated side forward (if both sides are coated, then just toss a board in, it doesn’t matter). Bam, you have a bag-and-board ready.

Repeat this at least 100 times, as you don’t want to have half-finished bags and boards lying around. If anything, having excess prepared ones will make keeping up with your collection easier; just read a comic and toss it in.

This action is significantly mind-numbing, so be prepared. Do it at a table with Hulu playing, and you can watch an episode of The Flash, Arrow, or whatever superhero show is relevant when you’re watching this. You’ll get faster at it, and it’s all just personal learning, space availability, and individual kinesis for how you’ll want to lay things out, but after a decade of doing this, I’ve gotten it down to maybe 10 seconds to prepare a bag and board, with an extra 20 for putting a comic in it and sealing it up.

Sealing comics are up for debate. If you’re going to actively go back into your collection to read books or reference them frequently, you may not actually want to tape them. Just simply have some support and defenses from the elements may be good enough for your needs. If you’re wanting them to be protected and away from most common dust and air getting in the bag, you’ll want to tape the top flap down onto the back. Some people find a happy mid-ground, tucking the flap into the book (but not taping it down). 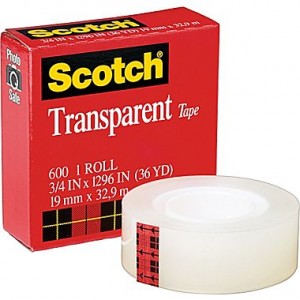 Yes, I have a favorite tape brand. I am a massive nerd.

There are two camps when it comes to taping. Some people put a singular piece of tape landscape-style in the middle, while others put two pieces on the back portrait-style at the third-points. Each have their benefits, with the double-pieces providing more secure cover and no corners being aimed upwards (which is the biggest tiny thing to get annoyed at), while the single uses less product and makes less bending points on spines as a potential.

Curiously, until writing this article, I’ve never thought of this as an option, but double-sided tape might be a valid choice under the flap.

In any situation, this is one of those choices that’s up to you. I prefer one single piece of tape in the center, and I prefer the “photo-ready” tape because it looks better. In research for this guide, though, I’ve run into the “pop-up” kind that comes out with perfectly-sized pieces; this may work for you, but I’m too far down the rabbit hole of guesstimating good lengths to divert off-course now.

Yes, I know I just said I prefer something because it looks better… on the back of a comic in a box that nobody but me will see. Like Steve Jobs espoused about Apple and Next’s designs, a true craftsman doesn’t just put crappy wood on the back of a dresser, despite the fact nobody will ever see it.

Do the bags and boards age?

I’m not sure on this, but the old standby mindset was that you need to replace the bags and boards every seven years. I don’t know why “seven years,” where it started, or even the reasoning for it, but it makes some sense. The bags are eventually going to get more crinkly, torn, and dust-covered, while the boards are going to yellow.

Life’s ephemeral, and that goes to all the stuff we own.

Replacing bags and boards is a time-and-money consuming process, but might be a valid plan. Come back to me in seven years and tell me how this plan kept your books in check, or go ask Bill Nye or Neil DeGrasse Tyson about it, and someone will get you an answer.