Comixology is a driving force behind the modernization of comic books, allowing buyers to get their comic books in a timely manner without driving to a comic shop or lugging a stack around, instead bringing them as files on a tablet or a browser. In other instances, it lets users pick up comics that may just not be around physically, or are an extraordinary costs. Save some cash and check out what you can get!

Comixology is currently running multiple sales on romance-themed comic books until 11PM on Valentine’s Day. Here’s some suggestions, if you’re looking to blow some money on things other than chocolate and flowers. 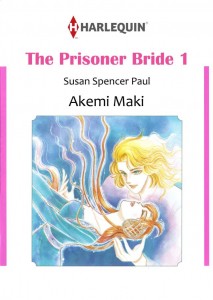 For fans of Japanese adaptations of American romance novels, dozens of Harlequin books are on sale. I’ve been the editor on many of these (and continue to have a freelance relationship with them, full disclosure), but you’ve got some fun oddities here. To suggest a particular title, the two volumes of The Prisoner Bride offer up some nice medieval action that’s a step away from the more traditional modern tales. 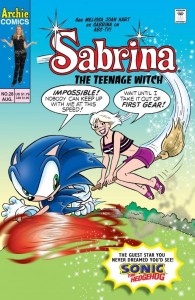 Face it; if you’re not reading the relaunched Archie and Jughead books, you’re missing out on some of the best stories on shelves nowadays. Archie proper sets the stage for updating the cast with modern storylines and storytelling (instead of multiple stories per issue, it goes of the modern “ongoing narrative”), and Mark Waid and Fiona Staple’s works are great, even if Staple’s art doesn’t reach the heights of her Saga stuff. Each issue includes an older story that vaguely relates to an element (re)introduced in the main title, which is worth it alone for Waid’s commentary. Jughead fares stronger than the two for it’s full-commitment to going out there with concepts (I mean, the first few issues bring up Time Police and The Man From R.I.V.E.R.D.A.L.E.) and Erica “I basically redefined Squirrel Girl, NBD” Henderson’s art sells it. To tie in for the romantic theme, Archie properly leaves fans wanting to know what The Lipstick Incident was that broke up Archie and Betty, and Jughead’s now canonically asexual, which is a rarity, if not the first, for a titular character in an American comic book.

If you just want some Archie odds and ends, there’s a surprising wealth of them.

There are a TON of books that are worth looking at. Archie Comics kinda kept the romance genre alive in the American scene for decades, so… yeah. Go pick something up.

How to get the deal: coupon code VDAY 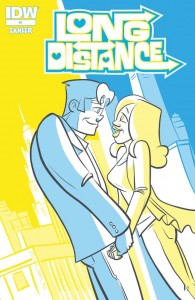 There’s only one book in this sale that I’ve read, but I’ve got to recommend it. Long Distance (by Thomas F. Zahler) is solid alone on it’s unique take on coloring (minimalistic, keeping things one color for one location, a different for another), but offering up a romance comic that doesn’t keep things super-simple, shows that everyone has lives going into a relationship that don’t stop once in one, and even teases a “year of hell” that the character go through in a future volume that I’d love to read but have not heard any rumblings of. I’ve actually included the cover to the first issue, which is more indicative of the art style than what’s on the collection, but make sure to get the full story.

Here’s where things get a bit non-heteronormative and sex-positive, and it’s all for the better. I’ve personally enjoyed the first few issues of Fresh Romance, and am actually adding the rest of the series, a collection of short stories that mix things up with reader and romantic expectations. Oh Joy Sex Toy has had some great online content, so I’m looking forward to seeing what’s in there (and I’m just a glutton for the cute art style). Finally, Smut Peddler is on my “list of things bought and can’t wait to get time to read,” but I’ve heard great things. 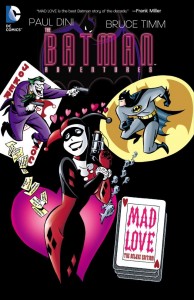 Batman Adventures: Mad Love is one of the best Batman stories that’s not about Batman. It’s also the best Harley Quinn story that’s not done by Palmiotti and Conner, but by the original Batman: The Animated Series team that spawned her. Go get it. This Deluxe Edition includes some behind-the-scenes extras, which I’ve not looked at, but are always interesting to find in a comic. 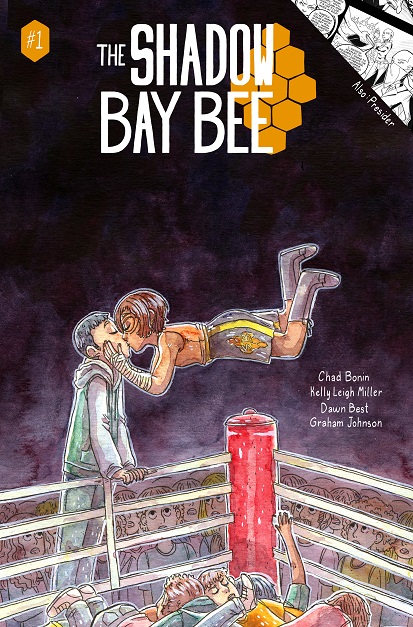 Last year, I did the first issue of The Shadow Bay Bee with Kelly Leigh Miller. It’s a free PDF. Go download it. It’s all about the relationship between a novice superheroine and the guy that keeps her a bit grounded.

How to get the deal: it’s always fee